The licensed Architect Associations of Sonora held their first annual assembly January 22nd in Hermosillo, where they were welcomed by that city’s architectural association. For the first time in years, the assembly brought together all of the associations of the State Federation (FECAES). This included architects from San Luis Rio Colorado, Nogales, Agua Prieta, Hermosillo, Cd. Obregón, as well as associations from the southern part of Sonora and Puerto Peñasco, represented by outgoing association president Architect Plinio Rivero and incoming local president Architect Daniel Almada Ibarra.

The principal goal of the assembly was to ratify the National Architectural Association (FCARM) Region VI Vice Chair representative. Architect Pedro Lasso, also of Puerto Peñasco and who currently serves as state president of the architectural associations in Sonora, was selected by unanimous vote as FCARM representative.

Architect Isabel Espinoza, National President of the Architectural Federation, was the guest of honor at the recent assembly of licensed architects in Hermosillo. Architect Espinoza took away a great impression of the numerous associated groups working in Sonora.

Additional topics addressed at the assembly included: professional licensure of architects, the upcoming national architectural biennial gathering, and the opportunity for architects to participate in projects under the Sonora Secretary of Infrastructure.

It is worth noting the local architectural association (Colegio de Arquitectos Rocaportenses, AC) has taken tremendous strides to assure they are current with all obligations both within the State and National Federations, thereby achieving recognition as being equally important among associations from some of the largest cities in the country. 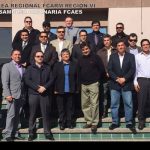 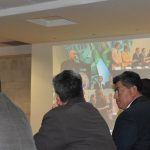 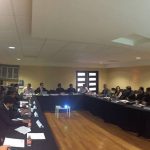